You are using an out of date browser. It may not display this or other websites correctly.
You should upgrade or use an alternative browser.

I usually never write this kinda stuff cause i'm not a writer but here goes nothing...

Yesterday Jensen " Leather Jacket " Huang the CEO of NVIDIA announced via Stream from his Kitchen the NEW RTX 3000 series or more precisely the RTX 3070, 3080 and the 3090! While the 3090 will actually be the TITAN replacement the 3070 and 3080 are not put to shame at all.
PLS do note that this is RAW PERFORMANCE comparison! Real Scenario might differ but not that much, maybe 3-7% the most
If you don't know what Cuda Cores are look it up HERE so i don't have to explain it and make the thread even longer to read

As u can see from the specsheet table of Nvidias site the 3070 has 5888 cuda cores which is more than a 2080ti (4352 Cuda Cores)!
ill put up both spec tables for you so you can compare them yourself!

Looking at the spec tables, we can see, by raw comparison it is safe to say that the 3070 is and will be the successor to the 2080ti with about 35% more Cuda Cores and tbh that was expected!
BUT...
As we all know the 2080ti costs 1200$ / € and even more depending what AIB( add-in-board) partner cards u want to buy, be it evga, gigabyte, msi, asus, zotac etc. the price is higher than the MSRP(Manufacturer's suggested Retail Price) which is normal and totally fine cause these companies need to make money as well!
Now knowing that the 2080ti which is a superb card, the fastest on the market (besides the Titan ofc) costs 1200$ / €
The 3070 will start at 499!!! 499$

If you bought a 2080ti like couple months ago im sorry for you because reselling these cards will be though! Why get one when the faster card is coming out in a couple of months!

NVIDIA also announced the 3080 which is the flagship for this generation of their cards at a price point which not only me but i guess will surprise everybody considering
what features the card offers and how many Cuda Cores it has compared to the best of the best from the last gen. of RTX cards the 2080ti well lets even say a RTX TITAN!
Looking back at the Two spec. sheets the 3080 has double the performance of the 2080ti and almost double of the RTX TITAN for a starting price of 699

I know it looks cool but from a thermal point of view hot air is being blown into the CPU cooler from the frontal fan(where the LOGO is) of the card so that air gets mixed with the already hot air that is been produced from the CPU
Having a CLC/AIO(Closed Loop Cooling/All in ONE) unit will be the best solution airflow wise and that at least a 240 mm mounted on the inner top of the case just to help out to get the hot air out as fast as possible. We will have to see how its gonna be in the end when the cards actually release cause this is just the case for the 3080 and 3090
the 3070 will remain a 2fan on one side card like most of the cards have today.

In the end if you are looking for an upgrade from a gtx 900 series or 1000 series now is the time! an upgrade from a RTX 2000 card if u have the money i guess yeah go for it if u don't or just don't want to spend money again i think the 2000 series will last you for another 2 years easy deppending on what games u play and what graphics setting you use personally but might have to tone them down a bit

NVIDIA also announced some other cool stuff for streamers! Its really looking good but i guess only interesting for streamers and some new AI stuff

Here is the full SPEC LIST for all 3 announced cards

I for once am really looking forward to buy a NVIDIA card cause the price is so compelling for the 3070 but might just wait till fall when AMD announces/releases their cards
just to see how they go neck in neck against each other!

YOUR THOUGHS on the new RTX Cards
Reactions: Max Pain, LeiTRoSaS, TheOnlyObelix and 2 others

It looks like the voluntarily overpriced the 2000 series to make it look like these are cheap and affordable.

Erkende said:
It looks like the voluntarily overpriced the 2000 series to make it look like these are cheap and affordable.

It's quite logical that with time come better performance overall. So I am really wondering if it is reasonable or not. As you mentionned, lets just see what AMD will give us in term of perf/cost

Kinda insane Heard rumors that an RTX3070 beats an 2080TI and looking at the pricing of both cards makes no resonable sense to put the 20s up so high nor making the 3070 so low. But in my opinion ill take that bang for the buck. Sorry for all them butthurt 2080's kids tho

I don't have Friends. I have family

I mean, not really a rumor anymore 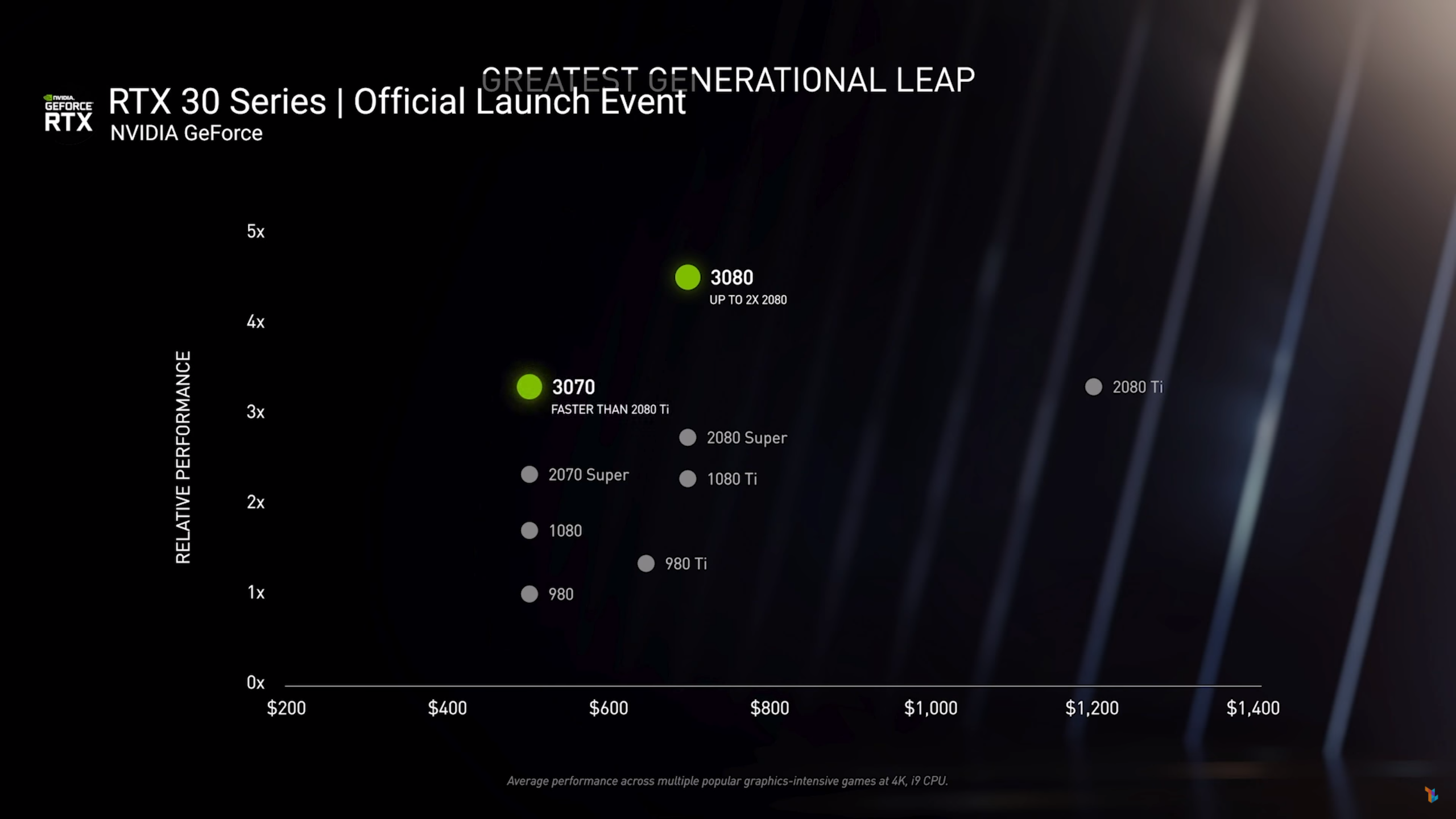 TheOneBehindYou1 said:
I mean, not really a rumor anymore